For the past decade, I have been addressing and treating Small Intestinal Bacterial Overgrowth, or SIBO, and am continually surprised that it is so often overlooked in conventional medicine. Just last week I met with two new patients via telehealth, and although both had classic symptoms of SIBO, neither had been approached about exploring this condition.

A healthy or “normal” small intestine should have lower levels of microbial colonization compared to the colon, and when this balance is disturbed, excessive bacteria in the small intestine causes small intestinal bacterial overgrowth (SIBO). These bacteria are typically coliforms, the kind of bacteria that are found predominantly in the colon. The most common symptoms of SIBO include bloating, abdominal discomfort, constipation and/or diarrhea. At times we see vitamin and mineral deficiencies and some report symptoms such as brain fog and, in extreme cases, weight loss.

SIBO is not an infection, but rather an overgrowth of normal flora. In order for SIBO to develop, something must be amiss, typically an underlying issue that creates the right conditions for bacterial growth. These include:

When we address SIBO, the approach includes treating overgrowth, considering underlying causes and resolving factors of predisposition. As we learn more about SIBO, we see it is increasingly linked to a number of disorders, including:

We must interpret this research with caution, as up until this year we have not had set guidelines to standardized diagnosis or treatment. This is interesting research that I continue to follow.

I agree with the current guidelines, which recommend testing for diagnosis, as this gives a way to quantify the overgrowth and measure response to treatment. The most effective and accessible test for SIBO at this time is Breath Testing, which can be done at home and sent to a specialty lab by mail. These laboratories are not only CLIA (Clinical Laboratory Improvement Amendments) certified, but they also tend to have more stringent validation/calibration supervision as compared to clinicians offices. The premise of this testing is based on the fact that human cells are incapable of producing the gases hydrogen and methane, and, if detected in the breath, they must be from another source such as bacteria. The test involves drinking a solution of a fermentable carbohydrate such as lactulose, and then taking breath samples over a prescribed amount of time. If overgrowth is present, we see a characteristic rise in gas production. The bacteria digest the solution and produce gas, which is then absorbed into the bloodstream and exhaled through the lungs.

I am excited about current research on improved testing techniques, such as an orally ingested capsule which will have the ability to sample the small intestinal bacteria and provide a more direct and accurate evaluation of SIBO. Also of interest are new guidelines outlining the distinction between methane-related SIBO and hydrogen-related SIBO: Intestinal Methanogen Overgrowth (IMO), or methane-SIBO, now has its own classification. The methane in the gastrointestinal tract is produced by archaea, which is actually not a bacteria, and now that IMO is established, we can address different symptoms caused by slowing of the gastrointestinal tract, such as constipation, reflux and bloating.

When it comes to treatment of SIBO, research has been limited, and historically antibiotics have been the first line for many physicians. It is probably not surprising to know that side effects may accompany this route of treatment, such as antibiotic resistance and infections. Over the years I have preferred to begin treatment with herbal antimicrobials, also known as botanical medications, as this approach has resulted in fewer side effects with equivalent–if not better–results. This approach has been corroborated in a small study.

Other approaches to treatment include dietary changes to reduce “fermentable” foods, also known as the “Low FODMAP Diet.” Commonly prescribed for those with Irritable Bowel Syndrome (IBS), this diet makes sense as SIBO is often present in many with IBS. The goal of this diet is to reduce the amount of fermentation/gas production along with a shift in microbial population in the small intestine. Currently, there is limited research on this approach, and while I have seen some patients respond positively, this is not a long-term solution so I often recommend this diet for a 4-6 week trial.

Probiotics, while they may seem counterintuitive, have been used by some for the treatment of SIBO. The research is inconclusive in that some strains proved to have a beneficial influence on the motility of the gastrointestinal tract while others were found to contribute to the development of SIBO. I urge caution at using this approach and suggest working with knowledgeable providers.

While further research is needed on how SIBO may be related to the development of disease, testing and treatment, the new guidelines are an encouraging step, and I am excited about up and coming research on measurement of another intestinal gas, hydrogen sulfide (H2S), hoping it will bring us an even clearer picture of SIBO. 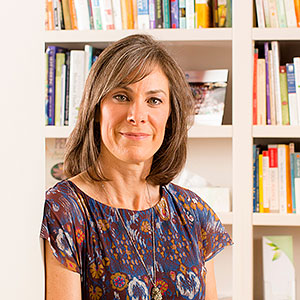 Combines conventional medical practices with a unique approach to prevention and healing, addressing the underlying causes of health and disease by treating the whole person, body, mind, and soul. Focused on maintaining wellness and living optimally, Dr. James utilizes core therapeutic methods and embraces a carefully-curated combination of Integrative, Functional, Conventional, and Preventive strategies as her ideal approach to care.